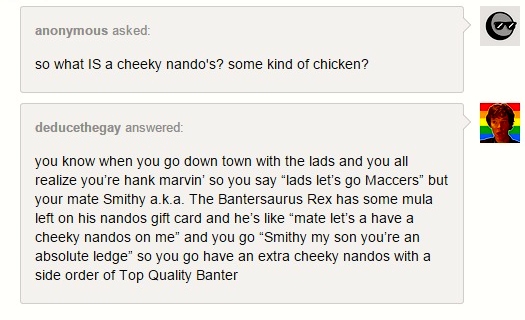 Ironically after my last blog post being a very boring list of things I’m stressed out about, less than 4 hours later I am back with another anecdote of what not to do in your twenties, specifically, what not to do if you are at university, or college- now I’m thinking about it you probably shouldn’t do this at work either.

Now I didn’t do this alone, I had accomplices and when I told them that I wouldn’t use their real names for the sake of privacy I let them choose their names (for context we all do Ancient History at university); Cleopatra and Alexandra (who was very upset when Cleopatra shotgunned her name and she was told Alexander the Great was a fab name but that he was in fact a man and that would be a tad misleading).

So at the beginning of this very dramatic tale Cleopatra, Alexandra and I, as well as another friend, let’s call her another historical name…Octavia? Octavia. Anyway Octavia, Cleopatra, Alexandra and I (well there’s a sentence I never thought I’d write) were in a lecture about Alexander the Great with Professor…Socrates? Thankfully that’s all the names I’ll be mentioning for the time being.

Anyway Professor Socrates is great but this lecture is particularly boring and lasts from 4pm to 6pm on a Monday. The second half of this lecture after a 10 minute break is an hour long discussion which only about 3 people talk during- it’s not very useful and is basically a boring-off. Anyway at the beginning of the lecture, Cleopatra mentioned that she was hungry. Then about half an hour into the lecture she said that she wanted Nando’s and Alexandra said how amazing that would be, planting the seed.

Cut to the 10 minute break- my laptop was stalling and taking ages to update, as was Cleopatra’s, and then she suddenly turned to Alexandra and I and says “We couldn’t just leave right now could we?” And we both said that there was no way because Socrates was walking around the tables and leaving would be subtle enough, just say we’re going to the bathroom, but with our bags? Too obvious.

But then Socrates nipped out of the room (god bless Professors who smoke, it gives us so much time to misbehave), and with a split second decision we were off, with Cleopatra and I frantically yelling at Alexandra to put her millions of books into her bag quicker and my jumper getting stuck to the table like we’re in a faulty towers sketch. Octavia said she wanted to stay and, along with the rest of the class, watched amusedly as we sneaked to the second door of the classroom, all of our stuff including crisp packets and a just-opened red bull bundled into our arms, and I peeked out Scooby Doo-style to make sure that Socrates wasn’t just hovering in the corridor.

Knowing that if we ran down the stairs we would definitely run into Socrates, we frantically, and very loudly, ran up a flight instead, out of view of the classroom, and then we jumped into the lift, and just like that, boom- we were outlaws. On the way down it occurred to us that he could still be on the bottom floor and there’s not a normal way to explain this, and we were committed to this now, so we quickly texted Octavia who told us that Socrates wasn’t back yet.

High on adrenaline and rebellion that we probably should have grown out of by now we rode the elevator up and down a few more times with Alexandra and Cleopatra accidentally running out on the wrong floor at one point as we all screamed with laughter like little kids. Then we finally decided that the time was right to get out at the bottom floor and with a quick peek around the corner we were running breathless and laughing into the ladies’ bathroom, where we stay roaring with laughter and congratulating each other on our great escape.

Then we got the all clear text from Octavia assuring us that Socrates is back in the classroom; and that he’s noticed the class has ‘dwindled.’ Cue a mild guilt, which was immediately replaced by giddy excitement as we ran out into the rain bursting with adrenaline, off to have the cheekiest, most rebellious Nando’s that has possibly ever been had.

And that is the story of the most rebellious thing I have ever done at uni.

2 thoughts on “The Cheekiest Nando’s Ever”