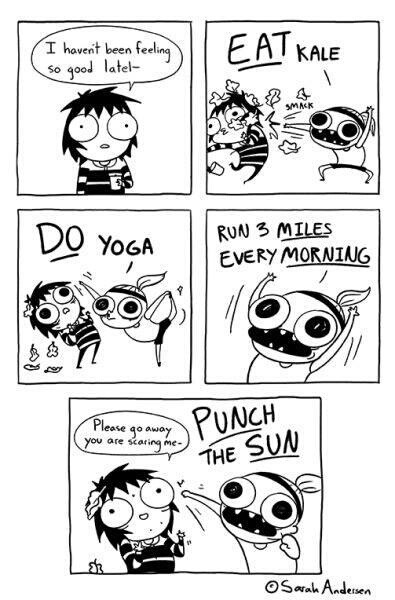 Friday the 13th, an ominous day for all of those as superstitious as me. And probably a stupid choice of day to have an important mental health appointment on.

Considering how cynical I am, you wouldn’t think that I would be so superstitious. Oh but I am: I touch wood when I say something risky, I don’t open umbrellas indoors, I don’t walk under ladders, and I genuinely consider not leaving the house on Friday the 13th. It’s not so much that I believe in the folklore as that my luck is so bad and the universe seems to have such a sense of humour when it comes to my life, that if something were to happen to me on Friday the 13th, it would just be typical. People would scoff and roll their eyes and say “that sounds about right.” That is the luck I have.

So today I woke up determined to make a mental health plan of some kind at the doctor. I prepared myself for all of the previous questions I’ve had to deal with: have you thought about exercising? What about making some changes? Have you considered that you could just be in a slump?

I have decided to document my mental health journey from this point onwards, partly because I find writing very cathartic, and partly because I haven’t found many accounts of depression treatment online. I found some discussions of why people feel they had depression, how they felt after treatment and discussion about the stigma of mental health, but very little on the use, effects and after-effects of antidepressants. I very much believe that there is a mental health stigma, and I think that a way of removing this stigma is by discussing clinical treatment, as you would any other illness.

So I thought I would talk about my appointment today, and perhaps people can take my account of dealing with depression as an honest observation, rather than a tragic story, which for me was certainly one of the reasons I struggled to admit I was mentally ill- I didn’t want to have the narrative of the tragic sad depressed girl, and this is one of the reasons I didn’t seek treatment until long after I should have.

Now onto the story; it’s still rather fresh, so bear with me.

I brought my mother with me today. I don’t usually bring her with me to the doctor, and truth be told, in the beginning I intended to keep this to myself, just quietly deal with it on my own, and not give my family more to worry about. There was also the difficulty of admitting I was depressed, it made me feel weak.

But this was the 3rd appointment I’d made with the GP who had steadily rejected me everytime I said I had depression, so I decided to call in the big guns, and my momma is scary.

Firstly I got up, showered, made sure my hair was shiny and my chipped nail polish removed, my mum joked that I should have left it on if I wanted to look depressed, never mind that I hadn’t showered or changed out of my pyjamas in two days, this appointment was all about appearances.

I arrived at the doctor and I had to wait a while, but I wasn’t about to complain as it was so busy, I’m sure they were more stressed than me. As I walked down the hall into the appointment room Dr Dickhead (you’ll understand why in a sec) told me that a medical student and the nurse practitioner would be in the room with us. Firstly we talked about my stomach problems (side note: I don’t think I ever talked about my bodily functions to such a large audience before), and afterwards the nurse practitioner (who I’m convinced was an angel in disguise because she was lovely) asked me if there was anything else I wanted to discuss and I very cheerily said (which I’m not sure helped) that I thought I had depression.

The doctor immediately had this look on his face. I’m sure everyone knows this look; the ‘oh not this again’ look. Then he went through all of the previous motions- have you thought about exercising? What about making some changes? Have you considered that you could just be in a slump? After I said that I had tried all of these, he repeatedly asked if I had made enough changes (extremely condescendingly I might add), and despite my deep-seated desire, or even a need to be angry with him instead of upset, I couldn’t help myself, I just started crying. The thought of leaving that room without medication or counselling or something was devastating.

The nurse practitioner and the medical student made sympathetic noises, my mum started cuddling me, and the doctor looked a little guilty. He asked if my cheery demeanour coming in was simply a facade. This was exactly what I didn’t want; a crack in my mask, to have to confess that the past few years have been a charade of happiness, pain hidden behind a smile that seemed to fool just about everyone, until I got drunk enough or low enough to talk to someone.

Depression is something like going through life on autopilot. For me it was either the emotional equivalent of watching paint dry, or terrible terrible lows. And it doesn’t matter how many runs you go on, or how much happy music you listen to or how many comedy shows you watch, there is just this ever present, underlying numb nothingness which threatens to turn into crippling anxiety and upset at any point. So you go from utterly emotionless to hysterical in seconds.

After me making very clear that there was no change left to be made, he prescribed me some antidepressants. Finally.

For some reason, treating myself as if I had a physical illness was a comfort after admitting I had depression. In my thinking, I had a chemical imbalance in my brain that needed to be treated medically, and the doctor treating my depression as if it was a life choice I had made killed me a little inside.

I immediately texted my friend who studies psychology and told her the pills I had been given, she was very concerned and helpful and warned me of addiction and said that I was always free to talk to her if I wanted, I am very lucky to have her in my life.

Oddly enough, unlike bouts of depression I had when I was younger, I haven’t had any suicidal thoughts, I like to think that’s because I have a better outlook on life now. I know now how much things can change in a day, a week, a year. I mean things have even changed in half an hour before. Besides, I always saw my depression as a kind of adversary, something to conquer, and you don’t do that by hurting yourself. Perhaps I should name my depression Moriarty, my nemesis that never seems to go for long. Although I’m not sure it’s a fan favourite…probably because it’s not played by Natalie Dormer or Andrew Scott.

No matter what, the way I’ll get through this is with an unshakable and never-failing sense of humour. So that’s where I am today. I just took my first pill, let’s see how this goes.

Happy Friday the 13th! And this should go without saying, but do not under any circumstances go camping tonight.